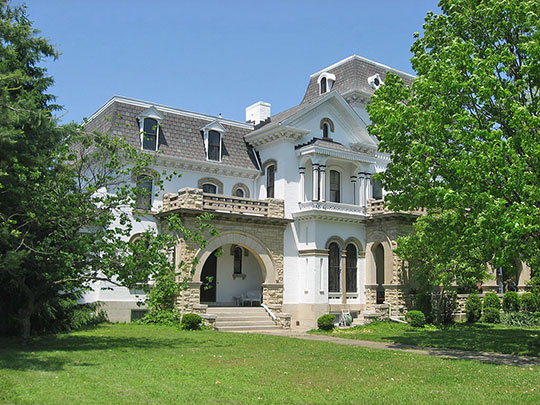 When Ohio was admitted to the Union in 1803, pioneer John Paul purchased 2,000 acres of land (which would become the future site of Xenia) and convinced county commissioners to locate the county seat on his property, at the forks of the Shawnee Creek. The name Xenia is the Greek word for "hospitality." It is believed to have been proposed by Reverend Robert Armstrong. William Beattie opened a tavern here in 1804, the same year that John Marshall became the first person to build a home in the village. A log school house was built in 1805. Also that year, a post office was established with Reverend James Towler as postmaster. Xenia was incorporated in 1817, and became a city in 1834. The town's fortunes accelerated in 1843 with the coming of the Little Miami Railroad. [1]