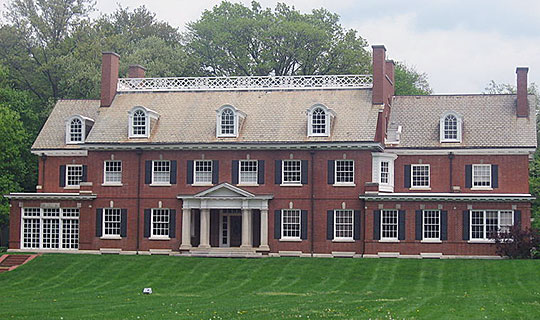 The first settler on the site of the City of Akron was Major Miner Spicer, who came from Groton, Connecticut in the year 1810. After the location of the Ohio Canal, General Simon Perkins and Paul Williams laid out and named the town. In 1827 it became part a canal port, the first boat for Cleveland clearing for its maiden trip on July 4th of that year. On March 12, 1836, Akron was incorporated as a city. Surrounded as it is by varied scenery, much of it beautiful and picturesque, few cities are more favorably located. Many pleasure resorts, notably Silver Lake Park, are near at hand. Akron has numerous well-equipped public institutions which care for its religious, philanthropic and educational interests. Being the county seat of Summit County, all the county buildings are of course located within its boundaries. In a commercial way the city has been unusually favored. There has been a steady growth in the variety and extent of its manufacturing interests and millions of dollars invested in its vast industries. It is the home of the Akron Rubber Works, operated by the B. F. Goodrich Company, the largest rubber factory in the world; of the Robinson Clay Product Company, the largest manufacturer of standard sewer pipe and certain clay wares in America; of the American Cereal Company, the leading manufacturer of cereal foods in the United States, and of the Werner Company, the greatest book publishing and job printing establishment in the country. Besides these, it has scores of other great manufacturing plants, hardly less notable.